EMDR as an effective treatment for Tinnitus 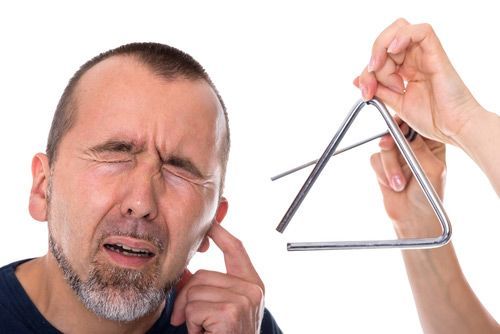 Tinnitus is defined as the perception of sound without the presence of any external auditory input and, therefore, it is also referred to as a “phantom” percept. The most typical sounds reported by people suffering from tinnitus are squeaking, buzzing, ringing, roaring, whistling or hissing sounds which can lead to a high degree of discomfort and can have a serious impact on one’s quality of life.

How much common is Tinnitus?

About the 10–15% of general population suffer from chronic subjective tinnitus.
“Subjective” means that only the person can hear the sound in the absence of explaining causes (infections, acoustic trauma to the hearing structures, ototoxic drugs effects, aging) while in “objective tinnitus” the sound represents actual noise generated by physiologic phenomena occurring near the middle ear.
Not everyone who has tinnitus report some grade of distress or disfunction about this condition, and live a fully functioning life; however, in 3–6% of the cases, tinnitus becomes a distressing and incapacitating symptom that seriously interferes with many aspects of life.
There is a high comorbidity found in patients suffering from more severe forms of tinnitus, such as depression, insomnia and anxiety and and post-traumatic stress disorder.
The distress experienced from tinnitus is linked not just to the acoustic characteristics, such as pitch and loudness, but many people living with tinnitus suffer from concentration difficulties, headachesand other symptoms. A vicious circle difficult to break.

Which is the origin of Tinnitus?

Subjective experience of tinnitus can either be neutral in its origin, or associated to adverse events in the past. One could surprisingly descover that at the origin of this symptoms lay some traumatic experiences of their past. Once these memories are targeted and processed, tinnitus simply goes away. Usually tinnitus become associated with aversive events in the present, for example, many people experience an exacerbation of the symptom in stressful situations, resulting in high level of distress and loss of functional abilities.
Current recommended therapies for tinnitus patients are:
TRT (Tinnitus Retraining Therapy) which consists of counseling, sound enrichment and adjustment to the tinnitus sound with the aid of a noise masker.
CBT: psychotherapeutic interventions intended to train the person to deal with tinnitus.
Since none of these therapies actually resolve nor reduce the symptom, in many cases they simply are insufficient.

What if instead there would be an effective and safe treatment that can reduce tinnitus?

In the last years EMDR therapy has shown tremendous effects on treating tinnitus patients, reducing the symptom and the associated distress.
Recent research has shown that EMDR is an effective therapy for medically unexplained symptoms such as chronic pain and phantom pain by targeting the disfuncionally stored “pain memories”.
Since tinnitus may be considered as a form of “phantom” auditory sensation, and the fact that previous research has shown overlapping brain networks between tinnitus and phantom pain, the use of bilateral stimulation to treat tinnitus represents an innovative method that is showing promising results.

Latest research shows that EMDR is a valid and effective treatment for chronic tinnitus.

Have you ever asked yourself when the sound started? Is the sound triggred or worsened by stress? Any specific stressful situation?

Answering these simple questions could represent the beginning of the process to get finally rid of your tinnitus.

How EMDR therapy works with Tinnitus?

EMDR therapy for Tinnitus starts with a thorough history taking, to assess and identify any traumatic event in the past, particularly if related to the onset of the symptom.

Durante questa fase il paziente riceve molte informazioni sulle connessioni tra trauma, risposta emotiva e reazione del sistema nervoso alle avversità.
During this phase the patient is provided with plenty of informations about the connections between trauma, emotional response and the nervous system reaction to adeversities.
After that, reprocessing of those experiences starts. At first we will be targeting the oldest or the most emotionally distressing memories, until the amount of distress related to these memories drops down and reach the miminum/zero level. 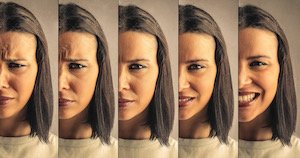 A At this point the patient is already perceiving the benefit from EMDR therapy, in many aspect of life. Afterward, current triggers are targeted and reprocessed.
EMDR will stimulate the brain processing system in a way that dysfunctionally stored memories will be adaptively resolved.
At the end of this stage, Tinnitus will be significantly reduced or dissipated, and the primary goal of therapy will be achieved.
For completing the treatment and reassure for future relapses, a final stage will focus on future templates: how the patient will be facing future issues and potential triggers.
This part of EMDR therapy is very important to develope functional coping strategies for the future and to consider therapy really closed.

It is important that you always keep in mind that when using EMDR, your own brain causes the
healing. Your nervous system knows just what to do and what it needs. It is therefore not necessary to do or change anything actively!
Just let whatever happens, happen!